A recent showcase I was in had a fun piece in it: a funny fairy tale about facing Adulthood, a legendary monster. I really enjoyed this piece. The hero, accompanied by his not-so-trusty-sidekick Student Loans, journeyed through all sorts of tests before facing the big monster. It all dealt with the overwhelm of suddenly being an adult. 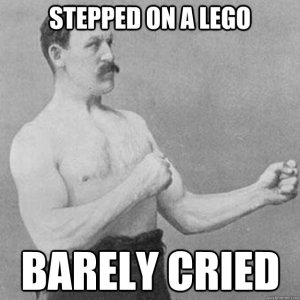 I’m decently out of my twenties now, but I still know these feelings. I think everyone does at some point. There is a sense of wonder, following on your heels towards your middle decades, that asks whether one will ever, ever feel like a grownup.

But a couple of recent experiences have made something clearer for me. The first was sitting in rehearsal, talking about theaters and MFA’s and careers, and mentioning “being a grownup”, and the sixty-something in the room saying “oh I’ve never really felt like a grownup.”

Another was a moment of decision for me, a simple sequence where the check engine light came on in the car. I made a decision not to go to my appointment, but rather to call in and say I had to stop by the mechanics, and I had decided to work remotely so I could make sure my car was functioning. And my contact accepted this as a good decision and went on to chat about some other things. And I thought to myself that this was that feeling of adulthood. Simply the act of taking responsibility not just for the moment, but for your future, making a decision, and owning it.

I thought about this as I walked home from the mechanic’s.

We think, when we are children, that adulthood is an absolute — that you can cross a threshold somewhere and permanently become an adult.

But I believe now that one of the biggest markers of adulthood is knowing that adulthood is truly relative. It is always a moving target.

You can never “be” adult. You can only do adult things — which I take as owning your actions and making solid decisions. There’s a lot of adults who relax by playing video games. The games are not what’s childish, it is when the time playing the game overtakes the time spent on other responsibilities. Relaxing and having fun, leisure and play, are necessary parts of adulthood too — it is when they are simply managed in a responsible fashion that they are part of the adult context, rather than a childish symptom.

Perhaps it can even be said that a major part of adulthood is knowing, loving, and managing your inner child.

Keeping your eyes open, producing more than you consume, owning your decisions, knowing that you are in a constant state of change and growth. The target is always moving.